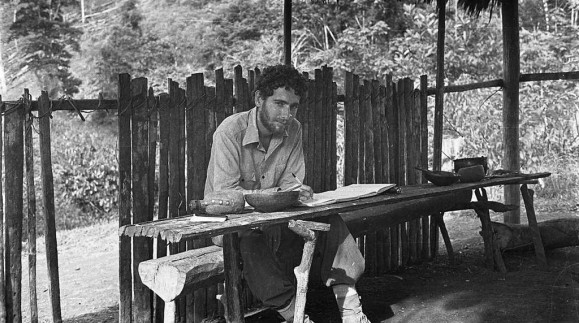 A masterclass beyond disciplinary boundaries with Philippe Descola at Forum Scientiarum from June 7th - June 11th, 2020

Anthropologist Philippe Descola says of himself that he was ill-prepared for the field work for which he lived with the Achuar in Ecuador in the 1980s. Poorly prepared, however, not because of his own failings, but because of the self-evident way in which he took for granted the distinction between nature and culture at that time - a distinction which anthropology has always worked with and which had hardly ever been seriously questioned until then. The matter-of-course nature of this distinction, however, not only prevented (and still prevents) a genuine understanding of societies such as that of the Achuar, but also suggests a fatal misunderstanding of these societies. Since nature and culture cannot be easily separated in their case, they are called “primitive peoples”, who still remain in the prehistoric and pre-cultural stage of human development. Descola points out that such a description is completely mistaken. Instead of being trapped in their immediate natural environment, the Achuar recognise in most animals and plants their own personalities with whom they can communicate at least rudimentarily and whose interests they must respect. The nature-culture-border does not carry here.

Committed to the descriptive method of anthropology, Descola pleads to discard any form of ontological preconception when visiting foreign societies. The different life-worlds are not adequately understood if they are merely classified as different cultural interpretations of “the” one nature. Instead, the life-worlds, for their part, first establish the ontology and thus also the understanding of man and the world that corresponds to them. Descola summarizes this with the term “worlding”. He names four different forms of such worlding: naturalism, animism, totemism, and analogism. The ontology of naturalism, which is generally assumed by modern sciences, is on an equal footing with the other forms. Which ontology is valid is determined by the life-world, but not does a presupposed ontology give the correct understanding of the life-world.

In political terms, Descola opens up new possibilities for linking the rights of nature not only to the resource requirements of man. But how is it possible to give non-humans access to the political sphere? What does that mean with respect to current debates on climate change and conservation? A philosophical difficulty that arises from Descola's work can be summarized in the question of the possibility of plural ontologies. How do we escape the arbitrariness of relativism without simply assuming a universalism again? Furthermore, are there other forms of worlding besides those pointed out by Descola? Shall we conceive them as four completely separate categories to describe the continuities and discontinuities between humans and non-humans? Or are they rather something like Weberian ideal types – useful for thinking, but hard to turn into iron boxes?